The year 2016 marks the centenary of the birth of British novelist Roald Dahl, touted by many as the world’s number one storyteller and rightly so. To mark the occasion, the Oxford English Dictionary decided to add a range of new words connected to his writings to its ever-increasing repertoire of words – such as ‘splendiferous’, ‘Oompa Loompa’, ‘human bean’ and ‘Dahlesque’ amongst others (read more here). These reminded me of my favorites when it comes to Dahl. 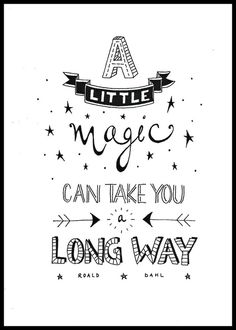 Here are three of his classics, which I love to read even today.

‘It doesn’t matter who you are or what you look like, so long as somebody loves you.’

This fantasy novel for children elicited the following response from the judges who presented the author with the prestigious 1983 Whitbread Award for his work: “Funny, wise, deliciously disgusting, a real book for children. From the first paragraph to the last, we felt we were in the hands of a master.”

From the very beginning, this story had me chuckling at every other line. ‘Deliciously disgusting’ hit the nail right on the head – how else could you describe a tale that involved witches with claws in the place of finger nails, enormous-sized nostrils, blue spit and heads with no hair? Endearingly deliciously disgusting, I would say. Add to it the wonderfully done up illustrations by Quentin Blake and you have the perfect package of a story; a brave young boy battling England’s witches along with his Norwegian grandmother.

‘We must hurry! We have so much time and so little to do! No! Wait! Strike that! Reverse it!’

(Charlie and the Chocolate Factory)

Here is a kids’ story which is silly and fun, as well as dark and serious. Instances of silly and fun – pillows that are made of marshmallow and are edible, chocolate bars that are invisible and hence can be eaten right in front of the teacher in class, a swimming pool filled with fizzy lemonade and many similar objects that will invariably catch any child’s fancy. My younger one remarked the goodies in the story were quite similar to those of the virtual games he plays and was pretty excited to add a couple of new ones to the list.

Talking about dark and serious, one of the chapter’s names itself is ominous in a way; it is called ‘The Family Begins to Starve’ and goes on to talk about how Charlie’s family members are hungry, poor, destitute and cold. But then there are the chanting ‘Oompa Loompas’ – orange complexioned and green haired dwarves working in the chocolate factory who eat cacao beans; punishments perfectly befitting the bad behavior of the kids and pretty comical caricatures alongside the story to keep the kids laughing all through the read.

‘Somewhere inside all of us is the power to change the world.’

In 2012, Matilda found pride of place in the top 30 all-time popular children’s novels in a survey carried out and published by the School Library Journal. The story revolves around the protagonist – Matilda Wormwood – who is a child prodigy; awe-inspiring, brilliant and unconventional all rolled into one.

Then there’s the much-loved Miss Honey who makes sure newcomers in her class feel at home; the nutty and supposedly wicked headmistress aptly named Miss Trunchbull; the girl with two plaited pigtails who goes by the name of Amanda Thripp and other amusing characters. The story of the little girl is heartwarming yet unpredictable; all in all, a compelling and creative tale which is both a bit funny and a bit sad, in ‘Dahlesque’s’ characteristic way.

Try as I might, I still find it hard to put down any of Roald Dahl’s masterpieces once I begin reading one of his novels. And this line continues to resonate with me even now, years after I read it first: